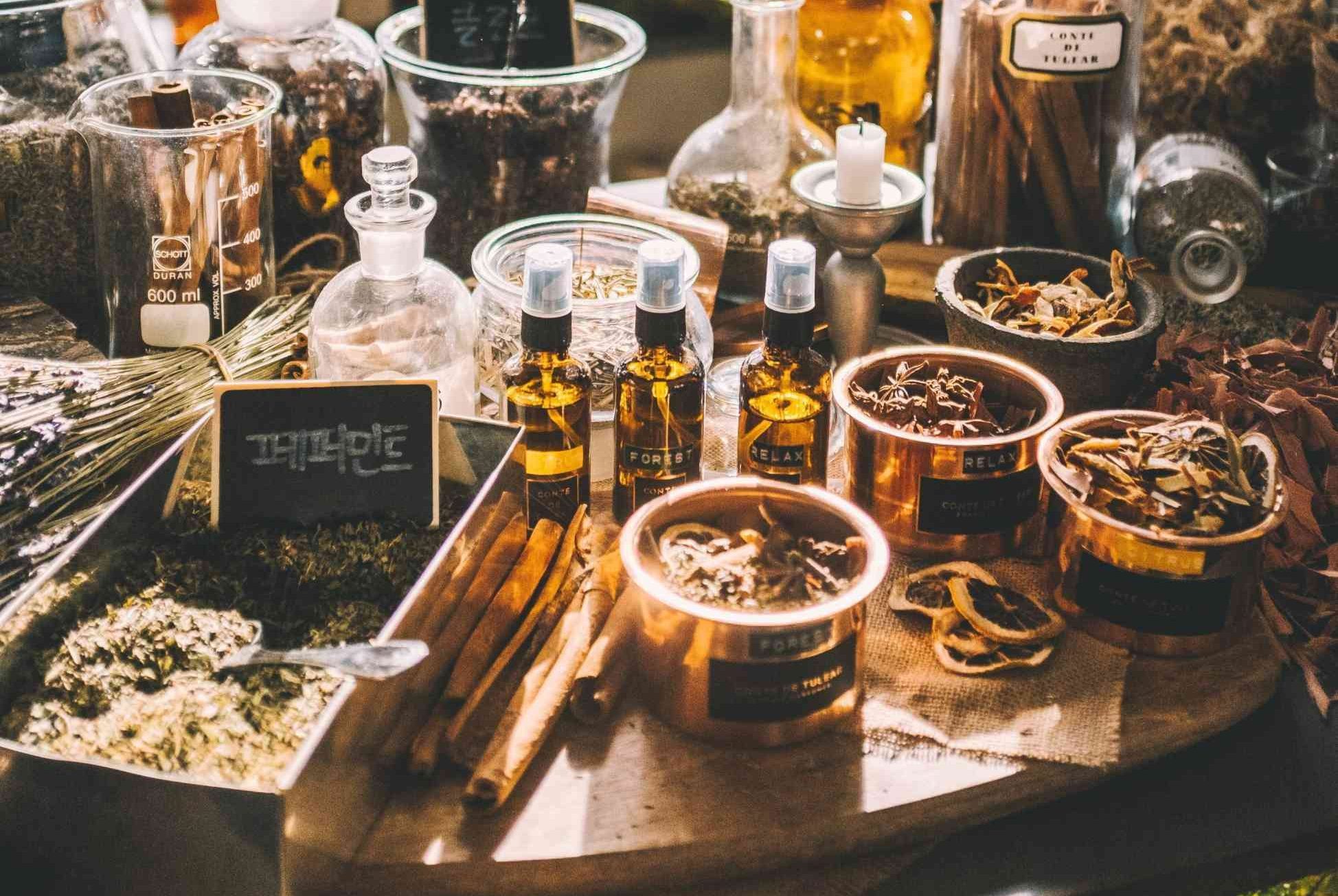 6 Natural Home Remedies for ED: What Works and What Doesn’t?

“How to cure ED naturally and permanently”

Its a common question. 50% of men with of erectile dysfunction (ED) never seek advice or help, which is why many try and find natural home remedies for ED on the internet, which they can use to quickly and discreetly cure their ailment without having to discuss it with another person. Whilst natural remedies for ED do exist, it is important to identify which ones work and are safe for you.

The UK Medicines and Healthcare products Regulatory Agency (MHRA) does not recommend using medicines , supplements or natural home remedies bought online for ED because no authorities regulate them for safety or effectiveness. These products often contain undisclosed ingredients, inappropriate doses of prescription drugs, or different doses of ingredients than the label suggests. Consult your doctor before trying any natural herbal remedies, especially if bought online.

Ginkgo biloba is a natural supplement extracted from the dried leaves of the ginkgo, or maidenhair tree. It is one of the most popular supplements taken in the UK, and contains flavonoids and terpenoids, two compounds which are known for their strong antioxidant properties.

Ginkgo is one of the most commonly suggested home remedies for ED, primarily because it increases levels of nitric oxide in the blood. Nitric oxide is a vasodilator, meaning it improves circulation by dilating blood vessels. Whilst restriction of blood vessel dilation in the penis can be a cause of erectile dysfunction, multiple studies into the effectiveness of ginkgo in treating ED have shown it to be no more effective than placebo (Kang et al. 2017).

Summary: Ginkgo has some positive health properties, but is ineffective in treating the symptoms of erectile dysfunction.

Ashwagandha is a small shrub found in India, the Middle East and North Africa, and has been used as part of Ayurvedic (traditional Indian) medicine for centuries. Although it does have some health benefits, ashwagandha doesn’t seem to help erectile dysfunction.

A 2011 study gave 86 men with psychogenic ED (ED caused by anxiety around sex) either ashwagandha or a placebo over a period of 60 days. There was no significant improvement in erectile dysfunction in men who took ashwagandha over placebo, suggesting it is an ineffective treatment for psychogenic erectile dysfunction. A 2014 study repeated this study to similar results.

Summary: Ashwagandha does have some health benefits but shows no benefit in the treatment of ED.

You might have seen L-arginine sold as a sleep supplement, or in energy drinks, where it is used to prevent caffeine jitters. Studies have shown that it naturally reduces levels of ammonia in the gut, which contributes to feelings of stress and restlessness, as well as increasing levels of human growth hormone, which is released during the first stage of slow wave sleep. Users of L-arginine report feeling better rested in the mornings, as well as a more positive mood.

In a similar fashion to ginkgo, L-arginine improves blood flow through vasodilation. A study from 2007 (Barassi et al.) showed that many people with erectile dysfunction had low natural L-arginine levels, which also suggested that there might be a link between the two.

Multiple studies have tested treating erectile dysfunction with L-arginine however, and haven’t found any significant improvement in symptoms (Klotz et al, 1999) (Stanislavov & Nikolova, 2003). Users of medications like Viagra (sildenafil) should also avoid taking L-arginine, as it may cause side effects of low blood pressure, dizziness, nausea or headaches.

Summary: L-arginine can help treat some factors in ED, such as lack of sleep and circulation issues, but improvements in the symptoms themselves haven’t been shown, and it isn’t safe to take with common ED medications.

Propionyl-L-carnitine is a chemical naturally produced in the body which promotes circulation and helps the body produce energy.

As well as its promotion of circulation, propionyl has also been shown to increase natural levels of testosterone in older men. Low testosterone can be a cause of erectile dysfunction, as testosterone is involved in libido and sexual drive.

No studies have found significantly improved symptoms of ED in men after taking Propionyl, however when taken with Sildenafil (Viagra), it may produce better results than simply using Sildenafil on its own in men with diabetes, suggesting that it may have some positive properties.

Summary: Whilst not proven to be effective on its own, Propionyl can produce positive results when taken alongside Sildenafil.

What definitely can work!

Although perhaps not the first thing that comes to your mind when you think of natural home remedies for ED, exercising regularly, maintaining a healthy weight, and improving your diet are some of the most effective ways of treating the symptoms of ED. Depending on the cause of your ED, these changes may even tackle the route cause, which is often related to excess weight, diabetes or high blood pressure. Bauer et al (2020) found that men who strictly followed a Mediterranean diet, including high levels of fruits, vegetables, legumes, fish and nuts, and low levels of red and processed meat, reported significantly lower levels of erection issues in comparison to those that didn’t.

Summary: Healthy diet and exercise can positively influence sexual function, and may even help treat the root cause. You should still consult your doctor to identify what the root cause may be however.

Mental health issues such as persistent stress, anxiety and depression have well documented links with erectile dysfunction. Stress can be physiologically taxing on the body, and causes reductions in testosterone levels, increases in cortisol levels, and sleep deficiencies, all of which can be precursors to ED (Nordin et al. 2019).

Whilst avoiding the causes of stress might not always be a viable option, stress management techniques such as breathing exercises, healthy sleep schedules, meditation and mindfulness will be a significant help in overcoming ED, especially if the root cause of your symptoms are psychological rather than physical.

Summary: Stress levels can exacerbate the symptoms of ED, and tackling the causes of stress and using stress management techniques has been shown to help.

Ensuring you get the recommended 7-8 hours sleep every night is extremely important for your health. Benefits of a good night’s sleep include improvements in:

Rodriguez et al. (2020) showed increased levels of erectile dysfunction in men regularly working night shifts. Lin et al. (2015) also showed a correlation between men suffering from sleep disorders and erectile dysfunction. It is unknown exactly why sleep disruption affects sexual function, but researchers think it is due to a combination of stress, lower testosterone levels, and conditions related to both sleep and ED, such as diabetes and high blood pressure.

If you regularly have trouble sleeping, consult your doctor as to treatments that may be available to help.

Summary: Sleep is incredibly important for your health, and men with disrupted or non-standard sleep schedules are at significantly higher risk of ED.

Perhaps you eat and exercise well, have the stress levels of a zen monk, and sleep like a baby every night. Now what?

Ultimately sometimes, even if focusing on improving your diet, exercise, stress and sleep, the symptoms of ED still persist, seeking information on available medical treatment options may be a good idea. Whilst typical treatments like using Sildenafil (Viagra) will provide temporary relief, treatments which tackle the root cause of your ED is usually the preferable option.

Call your local ED Clinic and receive a free no-obligation consultation with one of our sexual health experts who can provide advice on what treatment options would be best for you.