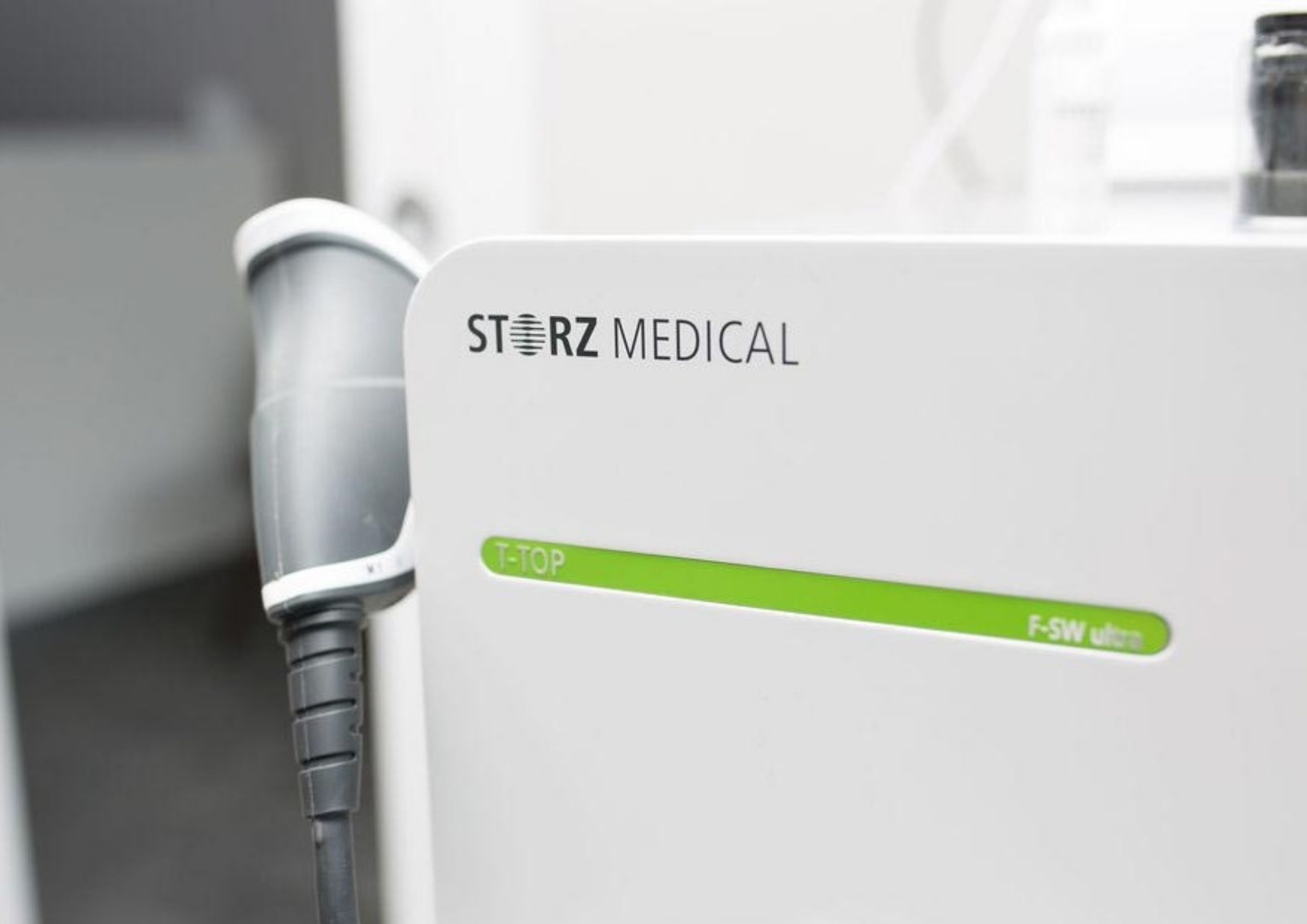 The Different Uses of Shockwave Therapy

What is shockwave therapy?

Shockwave therapy has been used in medical therapies since the 1950s when a Ukrainian engineer developed a device for destroying kidney stones in the human bladder with an endoscope. By 1980, these devices were able to break down these kidney stones from outside the body, but focusing them on the stone through the skin.

What can shockwave therapy be used to treat?

You likely already know that at ED Clinics, we use shockwave therapy to treat erectile dysfunction. 50-55% of men between the ages of 40 and 70 years old suffer from erectile dysfunction (ED), which constitutes around 4.3 million men in the UK. Usually medication like Viagra is used to treat symptoms, but that covers up the symptoms without treating them at their source.

Shockwave therapy improves the symptoms of ED by breaking down fatty deposits in the blood vessels of the penis (atherosclerosis) and promoting the formation of new blood vessels (angiogenesis), meaning more blood can flow into the penis during an erection. This treats a specific type of ED called vasculogenic ED but does not treat types of ED related to difficulty becoming aroused, such as ED related to depression or performance anxiety.

Probably the most common use of shockwave therapy in medicine is therapy for a wide range of MSK and soft tissue conditions. These include:

Shockwave therapy is highly effective in treating these conditions because it utilises the body’s own regenerative systems. By creating very small and unnoticeable amounts of damage to the surrounding tissue (microtrauma), the body sends the materials the area needs to repair itself. After a few sessions, the condition will likely be able to repair itself to a degree in which the patient has significantly reduced pain and increased mobility.

When you have a cut on your skin, or a small tear in your muscle tissue, your body will usually be able to repair itself fairly quickly. For some people with conditions which make it difficult to heal wounds, or for people with extensive damage, this isn’t as simple and requires additional treatment.

A type of shockwave therapy called focused shockwave therapy, which is what ED Clinics uses to treat erectile dysfunction, can be used to help the body repair these wounds in the same way it treats MSK conditions. It can also be used to reduce scar tissue by breaking it down over multiple treatments, which is how it is used to treat Peyronie’s disease, which involves a buildup of scar tissue in the penis.

An exciting advance in shockwave therapy research has revealed that a new type of shockwave therapy called Transcranial Pulse Stimulation could be used to treat Alzheimer’s disease. Shockwaves far weaker than those in the above treatments are passed through the skull and focused on areas of brain tissue which have been affected by cerebral atrophy, which is caused by the degenerative effects of Alzheimer’s disease.

Transcranial Pulsed Stimulation induces a process called mechanotransduction, which is when cells convert mechanical stimulus (shockwaves) into biochemical signals, stimulating neural growth factors such as BDNF. This improves blood flow around the brain and promotes the formation of new blood vessels (angiogenesis) and nerve regeneration. In addition it causes the release of nitric oxide (NO)5, which leads to direct vasodilation and improved blood circulation. People with Alzheimer’s have lower levels of blood flow around the brain, which affects cognition, so increasing this blood flow both helps cognition and slows cognitive decline.

This therapy has recently become available in the UK for the first time at Alzheimer’s Clinics.

Further interesting research is currently underway investigating the use of shockwaves in other areas of medicine. These have not been shown to definitely work yet, but show promise for future treatments.