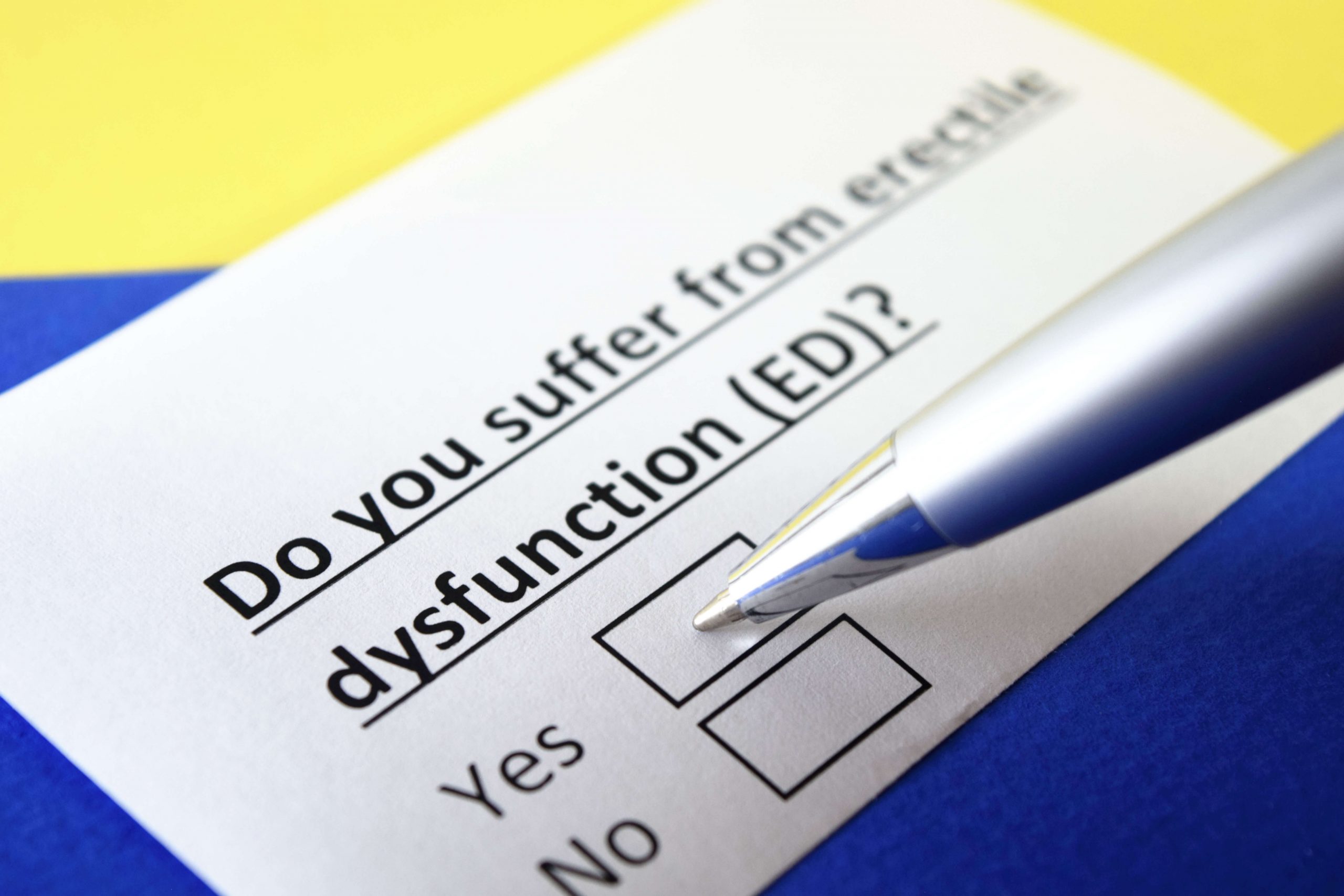 Erectile Dysfunction Test: How Can I Be Sure it is ED?

By James O'CaelliaghSeptember 2021No Comments

Want to skip straight to the test? You can find the erectile dysfunction test on our eligibility page

Erectile Dysfunction has one pretty clear symptom, the penis doesn’t become erect when it should, ie, during arousing situations.

This is usually caused by either a restriction of blood flow into the penis, or a lack of tension in the pelvic floor muscles needed to keep the blood in. Some men however, can suspect other factors that may come into play in interrupting erections. Let’s discuss some, and tests for erectile dysfunction you can use.

What if I’m Just Not Attracted to My Partner?

This can be a tricky one, and difficult to talk about without hurting your partner’s feelings. Perhaps you had an issue achieving or maintaining an erection with a short-term partner you were not particularly attracted to, or you feel less attracted to a long-term partner than you were before.

Our advice would be to avoid mentioning this possibility to your partner until you have been tested for ED, as feelings could be unnecessarily hurt if there are other factors at play. Remember that 40% of men over the age of 40 have low levels of testosterone, a key arousal driver. Diminished feelings of arousal towards your partner may be due to a hormone imbalance rather than them.

What if I’m Just Getting Old?

Age is a major factor in likelihood of developing erectile dysfunction, however it is typically due to other age related conditions rather that just “growing old”. 90% of men with ED have at least one underlying physical condition of which ED is a symptom. These include:

Cardiovascular disease, diabetes and hormone imbalances are three conditions which are significantly more likely to occur in older men. Because of this, you should definitely speak to your GP about persistent erectile issues, as ignoring it could be masking a serious health condition.

What if it is Just Anxiety?

Anxiety and stress can be two major disruptors of erectile function. Anxiety around sex can be related to feelings that the sex is wrong or “dirty” but is usually performance related, which is called “performance anxiety”. Many men who worry about being able to perform well sexually can struggle to become aroused enough to achieve erection.

Damage to your confidence around sex can also be an issue for arousal as, consciously or not, you may be avoiding your partner in sexual situations out of performance anxiety. Men who are successfully treated for ED typically report that their sex drive improves too, due to an increase in confidence.

Shockwave therapy won’t be of help to you if you just have performance anxiety, and looking into counselling services might be your best option.

Where Can I Do an Erectile Dysfunction Test?

As a first preliminary erectile dysfunction test, visit our eligibility page for ED FAQs and a short test to give you a score out of 100 to indicate how strong your symptoms of ED are. This test should not be taken in lieu of medical advice, but should give you some indication of the strength of your condition.

Take 5 minutes to call your local GP and book an appointment. 55% of men over the age of 40 suffer from ED at some point, so rest assured that this is something your GP deals with every day. Your GP will be able to give you treatment advice and tests to determine if you have any underlying conditions or hormone imbalances.