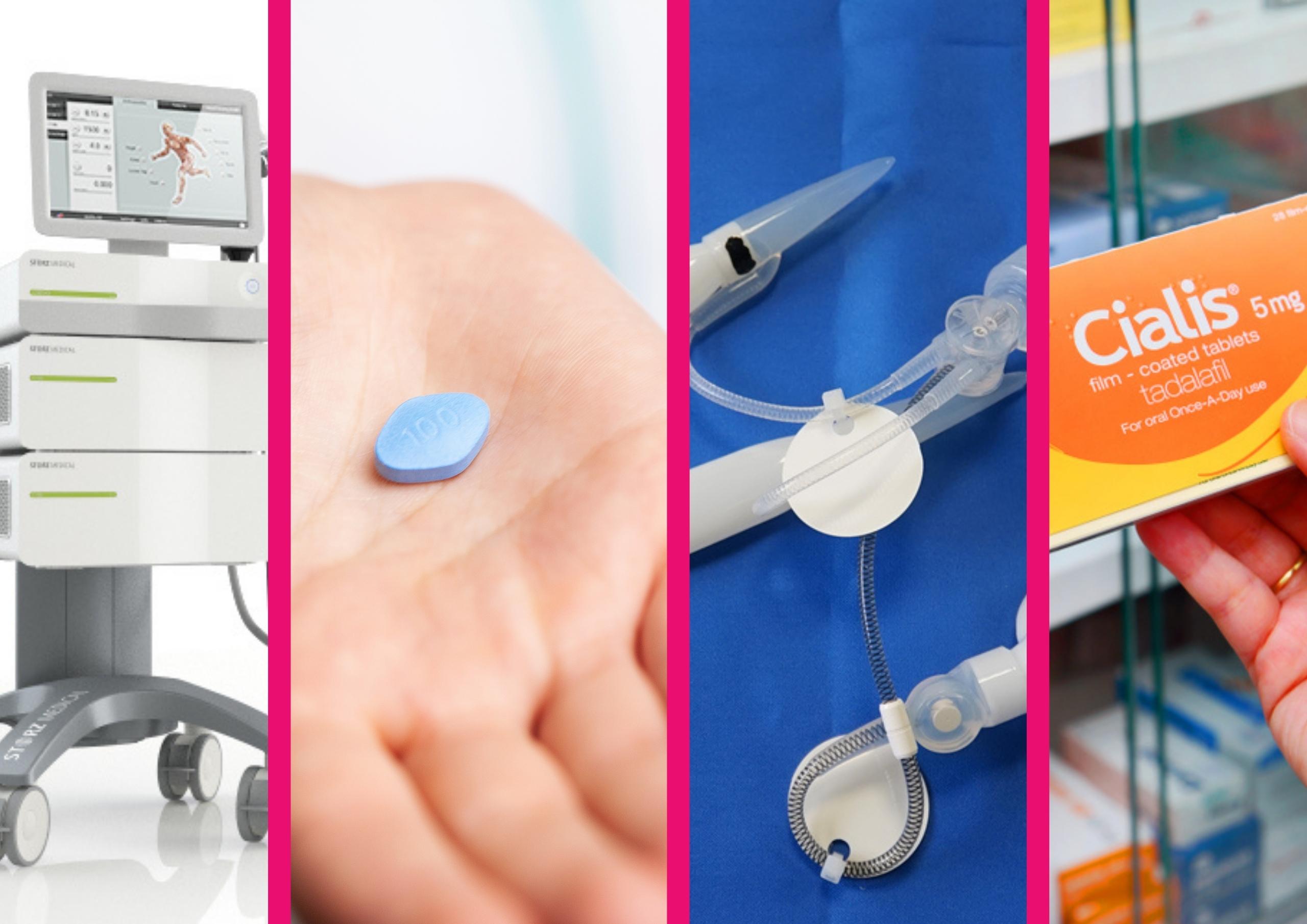 Erectile Dysfunction Treatment Costs: What Are Your Options?

By James O'CaelliaghJune 2022No Comments

If you have begun to experience symptoms of erectile dysfunction, you might be looking into which ED treatments are available to you.

There are many different available treatments, all with varying mechanisms of action, methods of use, and cost. Some are as-of-when treatments, and some seek to provide a permanent benefit, as long as the underlying causes of the ED are tackled. Here we compare the costs of some of the most popular ED treatments so you can decide which would be best for you.

Sildenafil is the most commonly used erectile dysfunction treatment in the world. Originally investigated as a treatment for heart-related chest pain, Pfizer researchers discovered that it was also very effective at helping men achieve and maintain erections. It was approved for medical use in the United States and in the European Union in 1998.

Within three months of its launch, Viagra (Pfizer’s brand name for sildenafil) had already earned them $400m, and over the past two decades, it has consistently generated annual sales of an average of $1.8bn. Between 2017 and 2020, Pfizer’s patents for sildenafil began to expire, and now it can be manufactured by any pharmaceutical company.

Although sildenafil is not particularly expensive on an individual pill basis, you will need to take it every time you have trouble achieving an erection, and it has no positive long term effect. This means that as well as requiring planning and removing spontaneity, its cost adds up over time.

Viagra Connect, Pfizer’s over the counter sildenafil tablets, costs around £5 per pill. If you were to use a pill twice a week, that would equate to an annual cost of around £520. Over five years that would become £2600. Generic sildenafil tablets, or those produced by smaller companies, are a little cheaper, averaging around £3.50. This would equate to £364 a year and £1820 over five years.

The MHRA has recently warned men against purchasing sildenafil from unlicensed retailers, as 3.5 million fake erectile dysfunction pills were seized in 2019 alone. It is the single most commonly faked medication in the world. Purchasing medication online is a big risk, as it could contain no active ingredients at all, or include ingredients not fit for human consumption which could be extremely dangerous to your health. They say that these unlicensed retailers often seem legitimate, and take advantage of consumer’s desire for privacy and lower prices. Make sure you buy medication from reputable and trusted retailers. 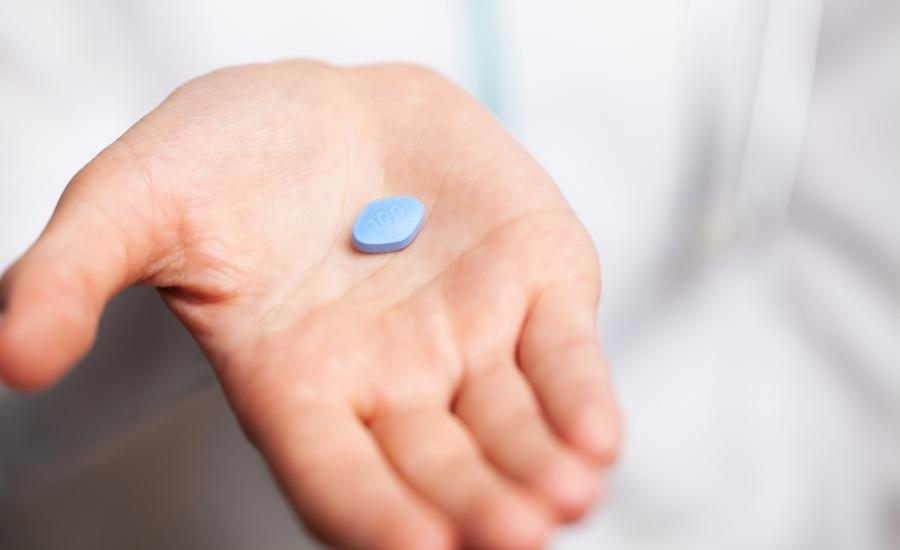 Tadalafil has been used for the treatment of erectile dysfunction since 1998. Like sildenafil it is a medication typically taken orally which acts by inhibiting an enzyme called PDE5, making it easier to achieve and maintain an erection.

Unlike sildenafil, tadalafil has a much longer half life (17.5 hours). This means tadalafil does not need to be taken just before sex, but can be taken once a day so that its effect is constant.

Generic tadalafil pills cost around £5 per pill. Although they last much longer than sildenafil, their daily use means that costs rack up far quicker. Daily use of tadalafil as an ED treatment would cost £1,825, and over five years would cost almost £10k. 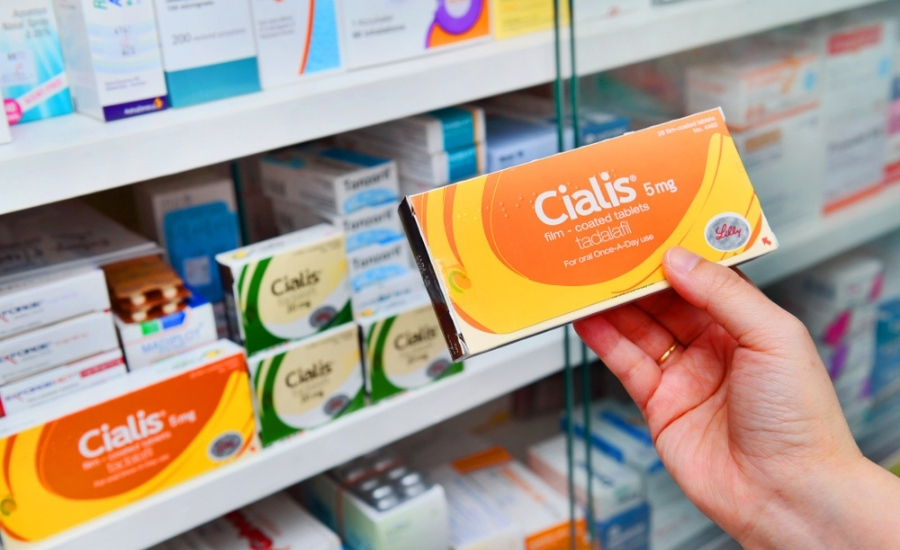 Shockwave therapy involves passing high frequency acoustic pulses (called shockwaves) through the penis. These shockwaves break down fatty deposits and encourage growth and repair of blood vessels and nerves. Because most cases of erectile dysfunction are caused by underlying conditions which may prevent enough blood getting to the penis, this can tackle the root cause of the symptoms.

If the underlying condition or lifestyle causes are dealt with, the effects can be permanent. No preparation or treatment is needed before sex, if the treatment works the ability to achieve an erection should return naturally.

Shockwave therapy can also treat urological conditions which may affect erections, including Peyronie’s disease, chronic pelvic pain, or hard-flaccid syndrome, none of which can be treated by the other treatments listed here. It is very important that you do not attempt to buy a home-use shockwave therapy device, as they could pose a risk to your health and will not help your condition at all.

Shockwave therapy typically costs between £250-£375 per treatment, with typical treatment protocols involving six treatments over six weeks. This totals at between £1,500-£2,250 per full course of treatments. You can find your nearest clinic offering shockwave therapy on our clinic finder page. 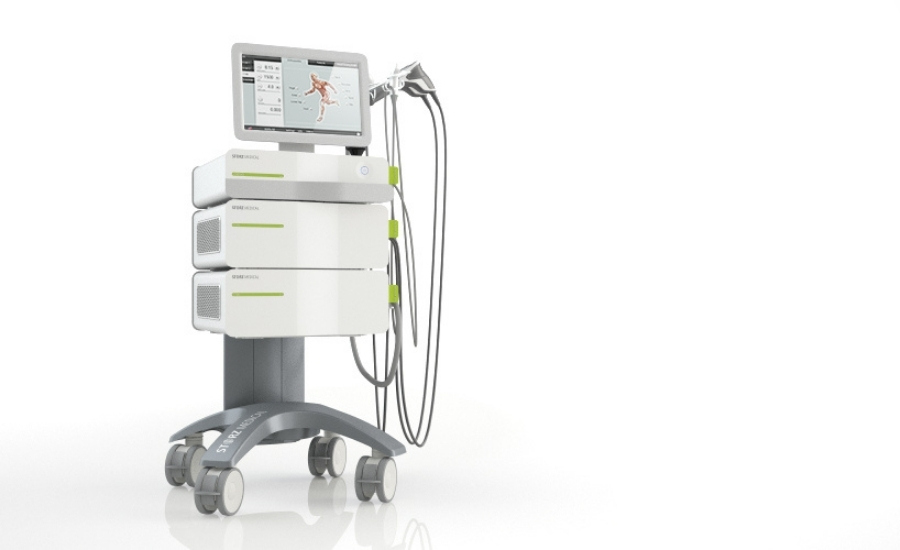 While not as common a treatment for ED, due to its invasiveness and cost, penile implants involve surgically implanting a specialist device into the penis to help keep the penis stiff enough to simulate a natural erection. The implants are usually either made of a malleable material or tubes which can be inflated when an erection is needed.

Penile implants are usually only used in extreme circumstances, when all other treatments have tried and failed. Insertion of the tubes typically involve visiting a private hospital to undergo surgery. There is also recovery time needed after surgery, as the penis needs to heal. 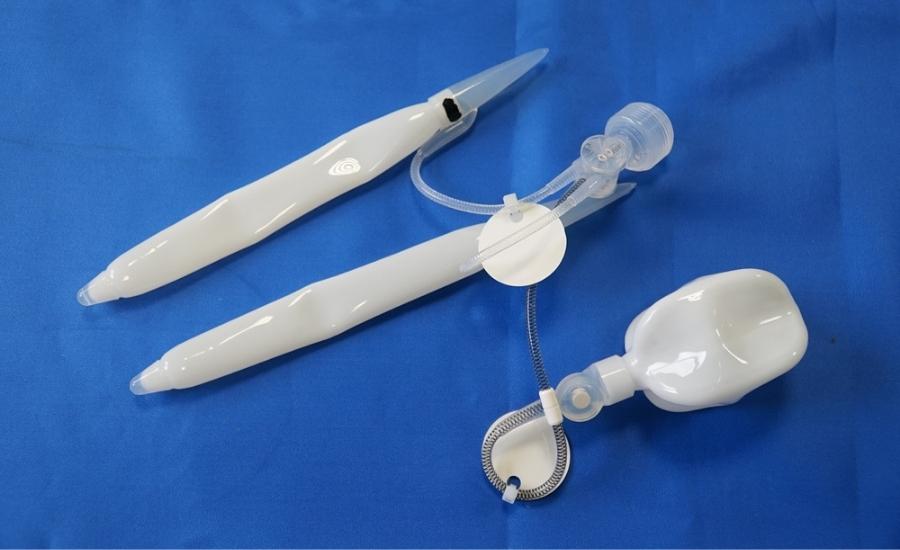 At ED Clinics we provide focused shockwave therapy for ED. We believe it offers the most stress-free and cost effective solution to erectile dysfunction if underlying causes such as medical conditions or lifestyle factors are tackled.

If you are interested in finding out more about shockwave therapy, or want to chat to an expert to determine whether it may be an option for you, you can find your nearest ED Clinic on our clinic finder map.